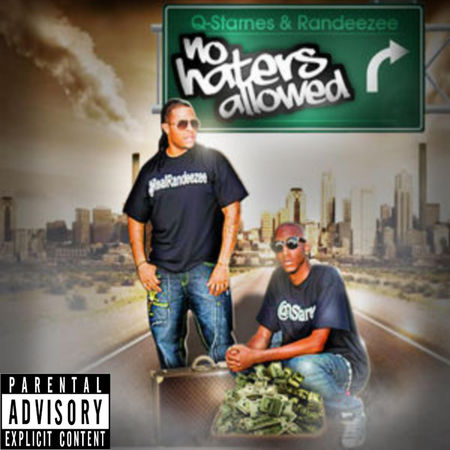 Q-Starnes & Randeezee, who make up NHA are cousins who one day decided to combine their musical talents to make one of the most impactful hip-hop acts to come out of Monroe North Carolina. Raised around music both artist decided to take two (2) different paths that eventually intersected to make NHA. Randeezee began his music journey as a producer. At the early age of 3 he was given a microphone and guitar by his grandmother and never looked back. By the time he hit high-school he was spending all his time either making music or studying the music of his favorite Artist. He soon realized that Q-Starnes was making a name for himself around town as a lyricist and he soon made Randeezee a believer as well. In 2011 Q-Starnes released "The Making Of A Legend" and the rest was history. The project quickly started to catch fire in his region and soon after the momentum hit its zenith he gave it all up to focus on his relationship with God. After working through a few personal struggles music began to call his spirit once again and that's when his cousin Randeezee and himself decided to go all in and become NHA. In 2013 they released their debut album "No Haters Allowed". By combining the notoriety's they had built as individuals, NHA the group quickly took off and turned Monroe on it’s head. Now they are looking to re-capture that energy by releasing their long awaited follow up project sometime in 2020. Stay in-tuned to NHA as they continue the departure on their music journey.