"ABOUT HER" AVAILABLE NOW

"ABOUT HER" AVAILABLE NOW 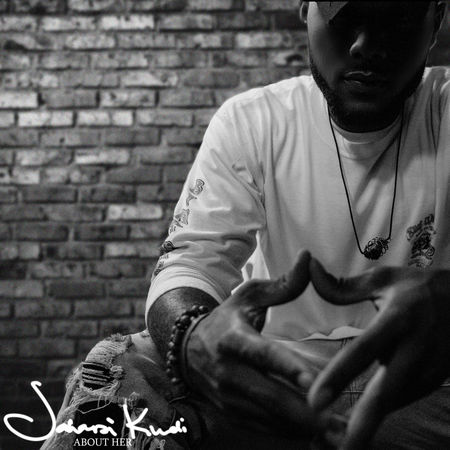 Jahari Kweli is a one stop shop of music creation as he produces, writes, and engineers all of his original material. Born in Lumber Bridge a small town on the outliers of Fayetteville NC, Jahari's childhood was filled with musical influences from some of the most iconic artist of the 90's and early 2000's. Musical acts such as Usher, D'Angelo and the band Jodeci are responsible for the melodic R&B undertones that are present within Jahari's music today while newer acts such as Masago, Anderson Paak, and Eric Bellinger have set the tone for the level of musicianship Jahari looks to incorporate into every song.

Jahari Kweli has been around music all his life and was first introduced to live instrumentation through his time spent in the church where he developed the skill set to play a multitude of instruments which include the drums, piano, trumpet, and guitar. The versatility in his music comes from the fact he can participate in so many different forms of instrumentation and has truly created a framework for the sound that is Jahari Kweli today. He is quoted as saying that music "saved his life" and that he hopes to bring joy to people that hear his music since music has brought so much joy and a sense of escape to him over the years. He looks to continue to spread that joy in 2019 as he plans to release his next project. Continue to support and follow Jahari Kweli as he continues to strive and attain his music journey.