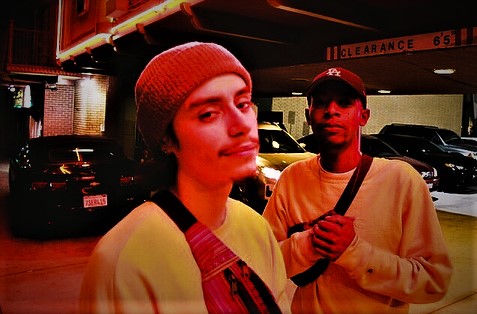 HOT-N-TOPEKA is the latest project by Kwazee and is currently available on all platforms.

Kwazee is an artist who combines unorthodox rhyme patterns with multi genre instrumentation to create an aesthetic that is all his own an uniquely identifiable to music listeners. Born and raised in Hawthorne California, Kwazee spent most of his time growing up watching anime and infusing himself into the skating culture. It wasn't until he became aware of his dads affinity towards music that he began to take and interest in the craft of music creation for himself. By 2014 he formed a collection of creatives called "The Faculty" and started to implement his music in the local scene to create an awareness and a core following. He released his first project "throwawaytape" in July of 2016 which gave him the the added buzz and recognition for being one of South Bay, Los Angeles premiere up and coming talents.  In 2019 he looks to re-ignite the momentum gained from his first release and showcase the new growth in his music and the sound that is Kwazee.  Stay in-tuned with his music journey and be on the look out for multiple releases slated to come to market later this year.