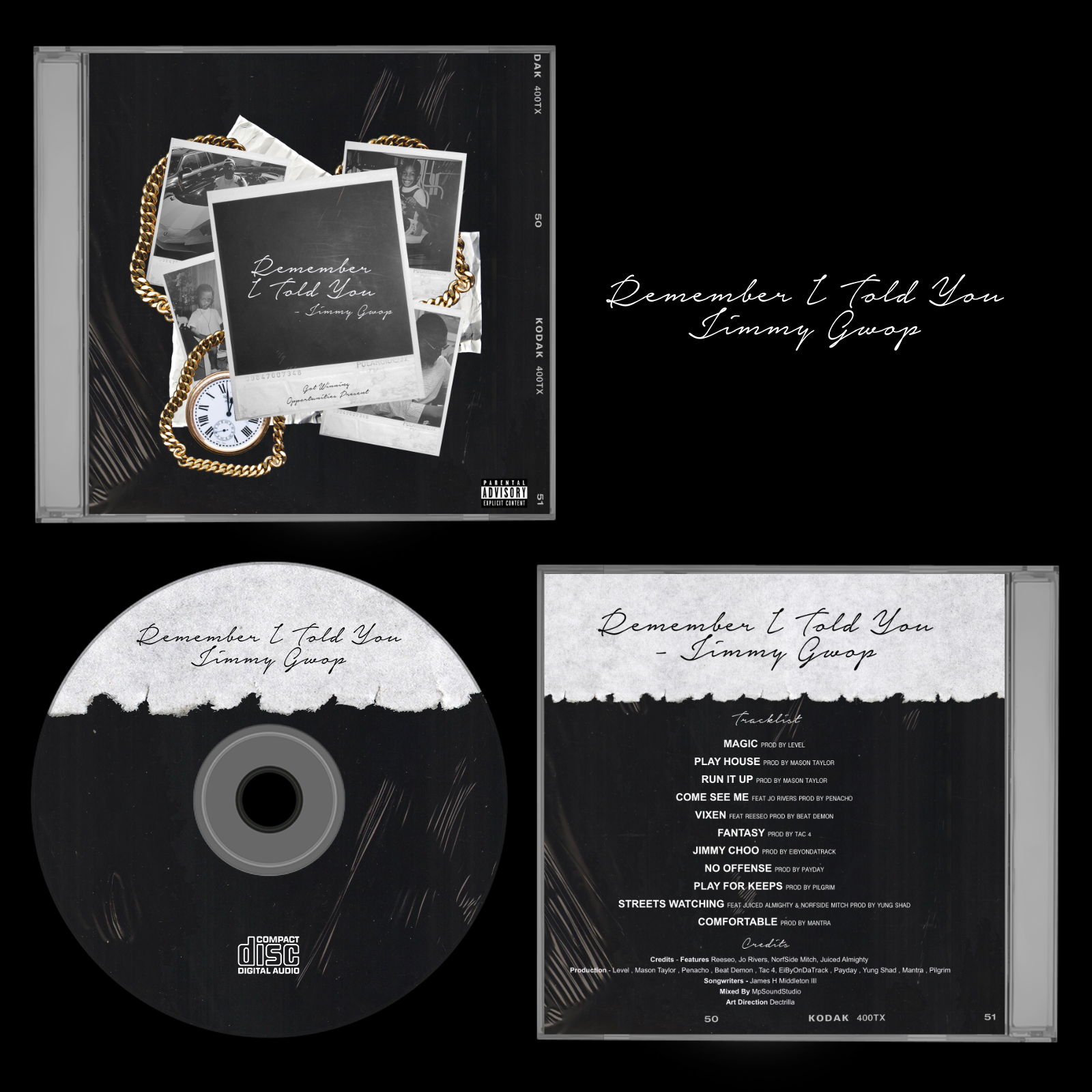 REMEMBER I TOLD YOU COMING SOON

COMFORTABLE is the latest release by Jimmy Gwop and is currently available on all streaming platforms.

Born and raised in Philadelphia, Jimmy Gwop began to write rhymes at the age of 9 and was highly influenced by the lyrical repertoire of some of his favorite artist from the 90's such as B.I.G, Nas, DMX, and Jay-Z.  Soon after he confirmed his affinity with Hip-Hop culture, Jimmy began to take interest in the structuring of some of his favorite rap labels such as Bad Boy, Roc-A-Fella, & Ruff Ryders. These entities inspired Jimmy Gwop to build a team around the family and friends he grew up with and collaborate with artist from around his city which is something he does to this day. To date he has released four (4) mix-tapes which include "Shyt2Eazy Vol.1" in 2011, "Major Over Everything" in 2012, "Braveheart" in 2013, and "Jealous Ones Envy" in 2015. Each project was a way for Gwop to sharpen his skills and grow his fan base. In 2017 Gwop took a brief hiatus from music to focus on his acting career, and since has been in the popular web series "Connect 4" as well as a few live play projects.  The time away from focusing on music gave Gwop perspective of how long his artistic range is and now he is ready to put his full arsenal of skills on display.  In 2019, he plans to release his first full project in over 3 years called "Remember I Told You!!" and is ready to remind people of his lyrical talent.  He also plans to continue to screen write and act and has a few additional projects in the works as well.